I never pass up the chance to showcase one of these 1970’s Citizen dive watches, they do seem to fly under the radar somewhat, at least compared to the 1970’s counterparts from the Seiko stable. They come in many different varieties, far too many to go into detail here but well worth a read is Stephens blog section about the vintage Citizen divers of the 1960’s to 1980’s.

This particular one came in for a new crystal and insert. It’s one of the more sought after Citizen 150m dive models of the time as it has the red date numerals and “6000” on the caseback in place of the more usual “Citizen Watch Co”. These can be dated via the serial number using a similar system to that of Seiko. If you know the decade the watch was produced in the first digit represents the year of manufacture, the next two digits represent the month. This example starts 406, as these were produced in the 1970’s we can tell it’s from 1974, the 06 means June was the month it was manufactured. Stephen has produced a wonderful movement table for determining the date of production of vintage Citizen watches. 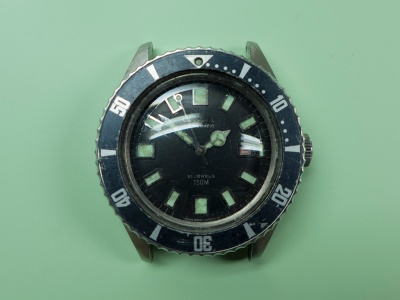 The crystal sealing system is unusual in so much as there is two o-rings to seal against moisture ingress, one sits under the crystal the other around the circumference between the crystal and the case. Most contemporary divers were just using one seal by this time, in the case of Seiko they had switched to their “L” shaped type. 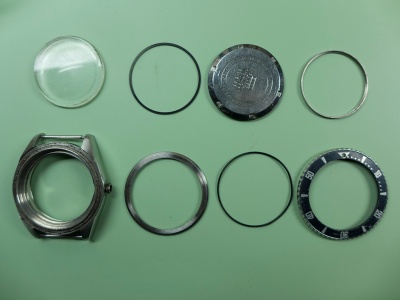 The new insert and the old, as you can see the old has lost its shine over the years. The replacement insert is a reproduction as originals have long since been unavailable, but it’s the highest quality reproduction available and as you can see faithful to the original. 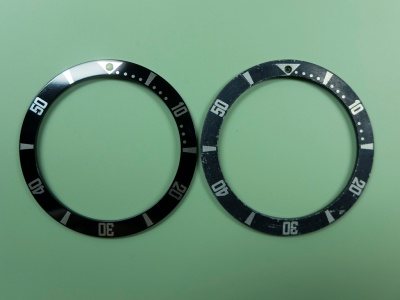 It’s not just stamped out of a recycled baked bean tin either, it actually appears to be machined. As can be seen from the rear view it retains the correct profile of the original. 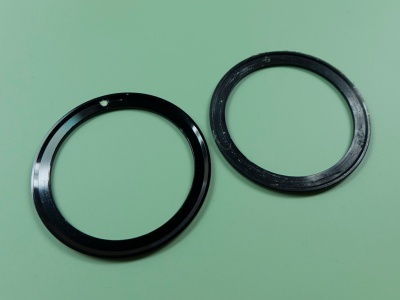 The new and the old crystal, original crystals are incredibly difficult to source these days but reproductions are available now, I’m not sure how faithful they are to the original as I’ve never handled one but it’s good to know these are being reproduced. 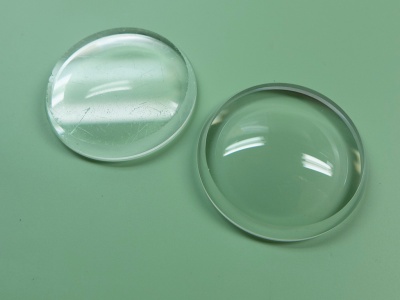 The crystal installed before the retaining ring goes on. I took the opportunity to ultrasonically clean all the case components whilst the watch was stripped. 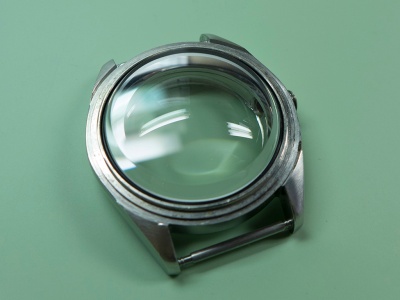 A shot with the crystal retaining ring fitted. The bezel is fitted to the case by using a wire spring which clips into a groove below the retaining ring. 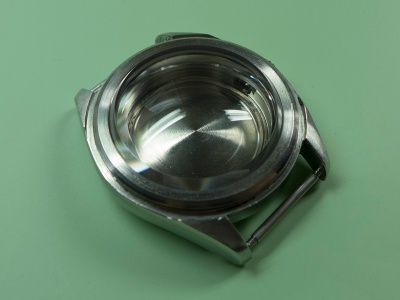 A picture of the dial and hands. The lume has discoloured slightly but not badly enough to warrant a relume. It all adds to the authenticity of the watch in my opinion. 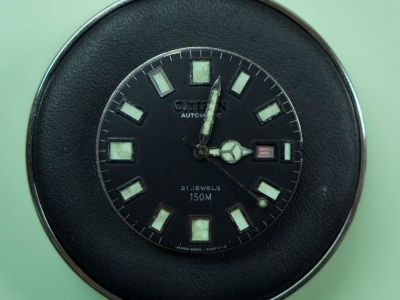 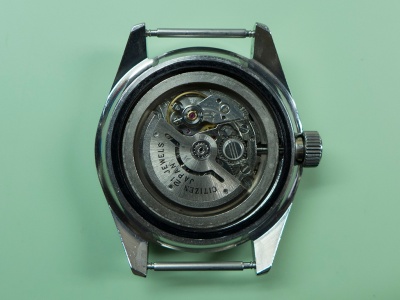 And here it is, now finished, with it’s scratch free crystal. I think you’ll agree, a very handsome watch. 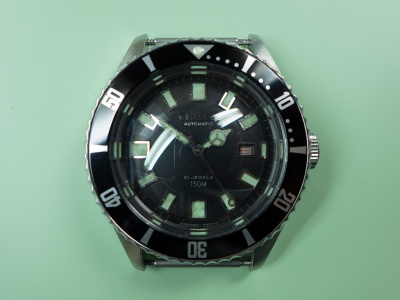 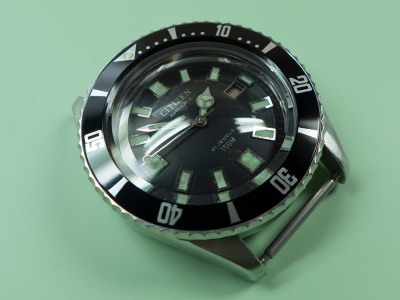 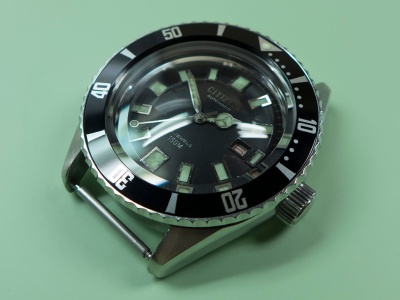