Seiko’s SXK007 & 009’s are one of the companies most popular affordable dive watches and as such most collectors own or have tried one of these models at one time or another. They represent enormous value for money and are very popular in the modding community where different style dials, crystals, handsets, inserts even complete bezels can be bought and fitted to personalise it to your own taste. This particular example has been fitted with a domed crystal and thicker font insert.

The caseback is stamped with the tsunami logo, an ever present feature on Seikos dive watches since it first appeared on the Silverwave line back in 1961.

Remove the caseback and the 21 jewel 21,600bph calibre 7S26b automatic movement can be seen. The calibre 7S26 series have powered hundreds of different models of Seikos over the years, a Japanese workhorse movement if ever there was one. 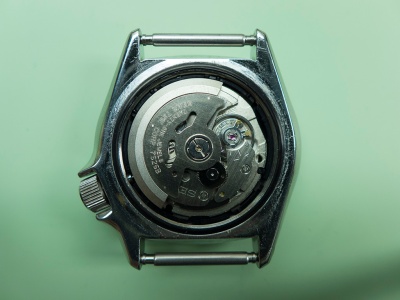 This one needed a service and a gouge in the bottom right lug repairing, here the movement has been removed. 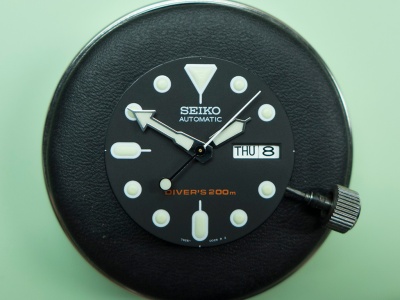 The dial and handset has been removed here exposing the calendar wheels. As you can see Seikos are furnished with dual language day wheels in English and the language of the market in which the watch was sold, in this case Spanish. 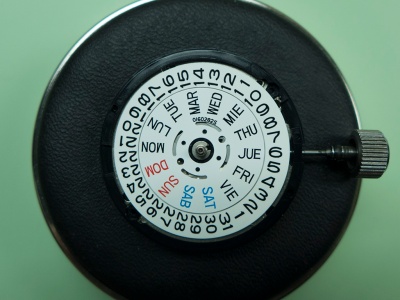 Remove the day wheel and the calendar mechanism is partly exposed. An oddity of these movements is the fact it has one single cross head screw adjacent to the number “1” on the date wheel. Every other screw in the movement is a slot head apart from this one and I still haven’t figured out why, knowing the way the Japanese develop and design stuff there must be a logical reason for it! 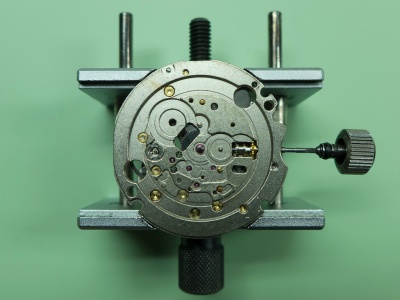 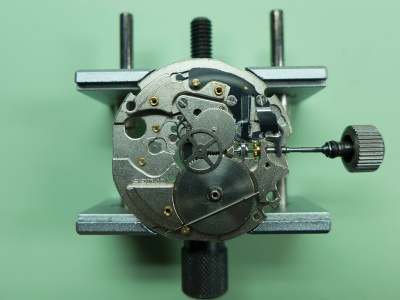 A typical mainspring after a few years of use, in need of stripping, cleaning and re-lubricating. 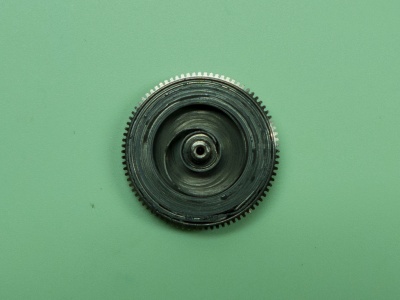 The movement was fully stripped ready for cleaning and inspection. 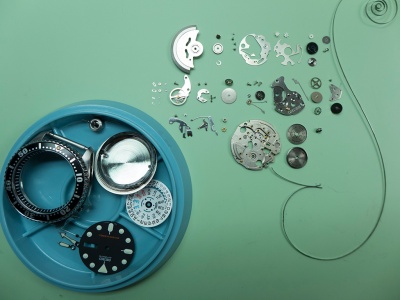 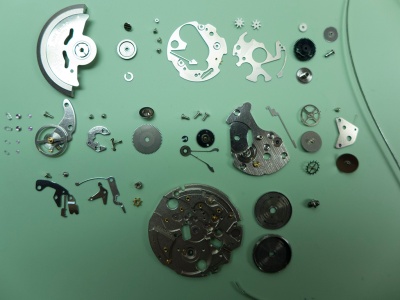 The cleaned and re-assembled barrel and mainspring.

A fiddly part of the 7S26 service is the removal and replacement of the third and escape wheel jewel caps and springs on the train wheel bridge. There’s a bit of a technique involved in removing and replacing them without the springs pinging away never to be found, most watchsmiths use their own preferred methods. 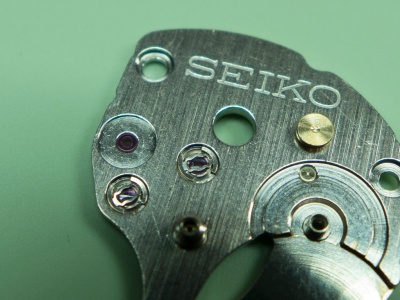 The mainplate ready for rebuild.

All went without any issues and the dial and handset was refitted. 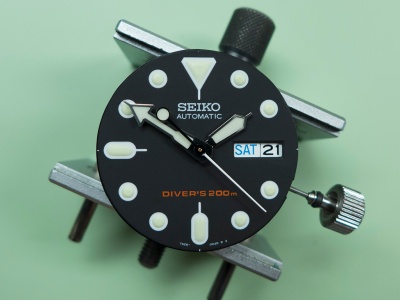 The damaged lug was smoothed and polished which improved it no end, it had quite a gouge in it caused when the owner inadvertently dropped the watch. There’s always a trade off when repairing damage such as gouges and dings between blending it in and not removing too much material.

The movement was re-cased and sealed back up. It successfully passed a pressure test which wasn’t a surprise.

And here it is looking very smart. A few days on test to allow it to settle down, to allow any possible problems to surface and to fine tune the regulation if needed, then it will be on it’s way back to it’s owner. 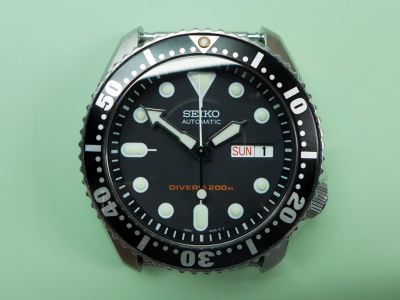 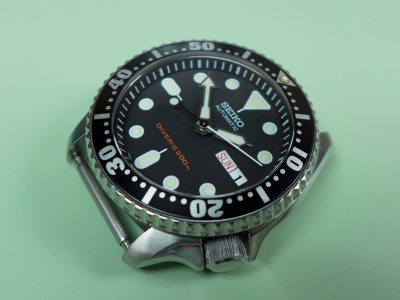