This Tag Heuer came in recently and had me scratching my head as to what was actually causing the stopping fault with it! The watch is powered by the ETA 963.116 quartz movement and the usual problem with these movements when they get to this age is either dirt stopping the train or the circuit or coil is dead. However, this one had been fitted with a NOS circuit/coil assembly but still wasn’t running correctly. It arrived from the relumers hence there were no hands fitted. 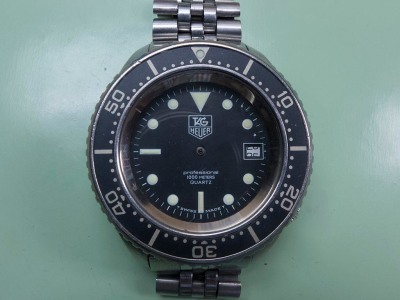 Still, no big deal, it must be dirt stopping the train so a full movement service should get it back to health, or so I thought! The caseback carries the old Heuer style numbering system of 980.023, this later changed to the Tag Heuer style of letters and numbers. 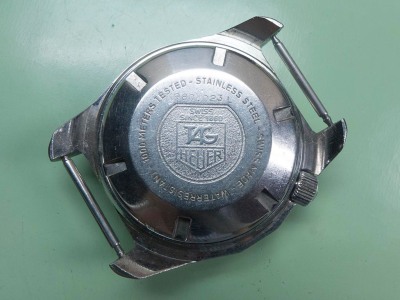 With the back off, the Tag Heuer branded movement can be seen with it’s positive grounded method of circuitry. 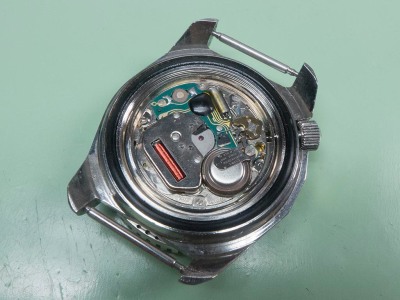 With the movement out the dial doesn’t look in too bad a shape to be honest, a few spots here and there but behind a crystal these become a lot less visible. 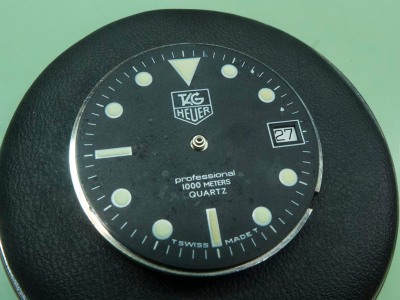 With the dial removed the calendar wheel is visble. With the crown being at the ten past four position the date wheel doesn’t need to be changed from a crown at three model. With watches where the crown is at four the date then sits between two numbers when the date window is at three, most Seiko’s have crowns at four and date windows at three and need different date rings for the two positions. A bit of clever bit of Swiss rationalisation I think! 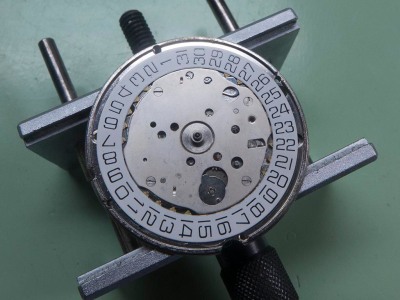 With the calendar top plate removed the mechanism below is revealed. 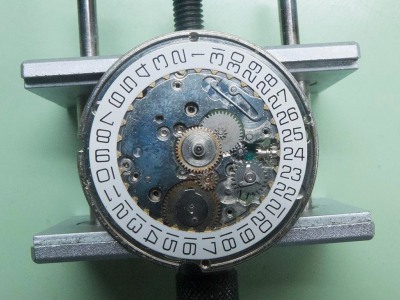 The first thing I noticed was there had been moisture ingress in the past and the transmission wheel for the date wheel was rusted onto it’s post. 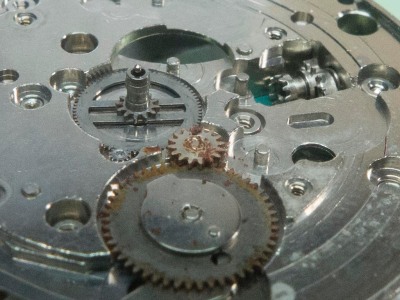 It looked worse when it was eventually teased off. 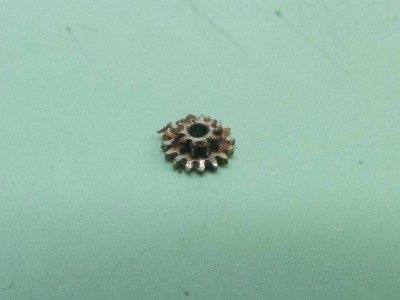 The rest of the calendar side came apart without issue which was good. 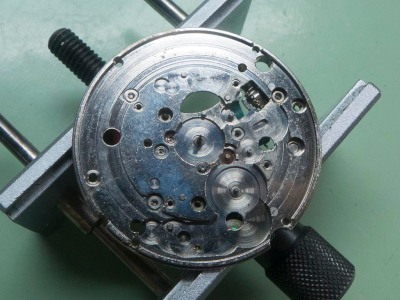 A view of the motion work side, these are very robust, over engineered movements which is great to see. 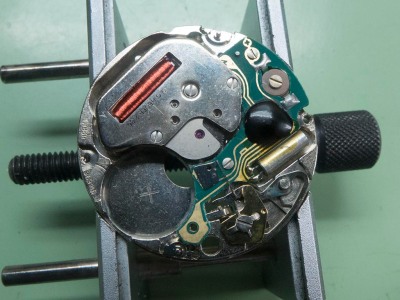 A further issue was the coil securing screw had half of the head sheared off, fortunately it unscrewed without too much drama. I don’t like problems like these near to the coil, all it takes is one slip and the whole circuit board and coil assembly is ruined. 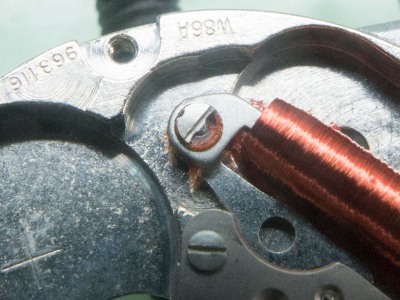 I previously said the circuit/coil assembly had been replaced with a NOS one, but just because it’s NOS doesn’t mean it’s immaculate! These had been in storage in their containers for so long the foam packing had degraded and ended up stuck all over the unit. It doesn’t affect the operation but it’s not good practice to have particles like this inside a watch when they could potentially come loose and jam the train. I performed a very gentle cleaning operation on this component, have I mentioned I don’t like working near coils if I can help it? 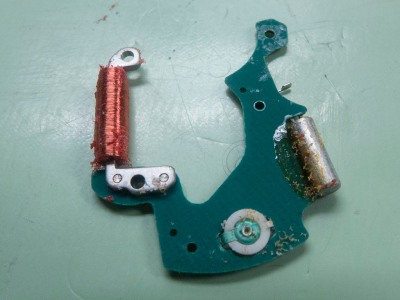 The rest of this side came apart without any issues, but you can see that where the coil locates in the mainplate some of the old foam had already dropped off the circuit and was sitting in the case. 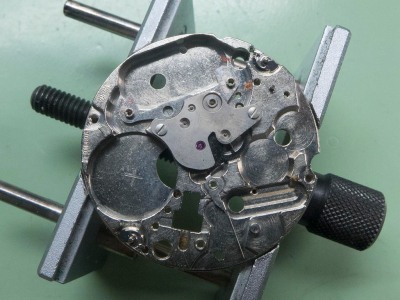 The watch was fully stripped ready for cleaning and inspection. 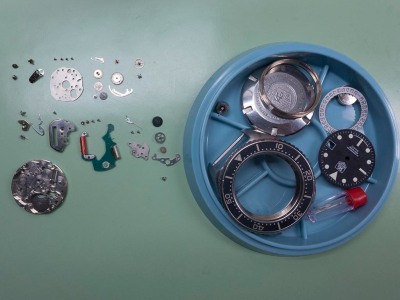 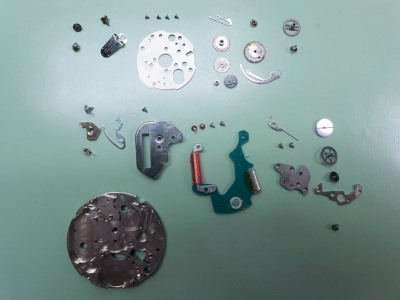 Whilst the parts went through the cleaner I carefully picked clean the circuit board. 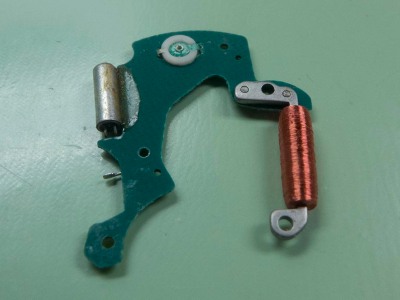 The reassembly began with the train, nothing untoward was seen apart from the pivot bearing holes appeared a little looser than I would expect. This is unusual as there is virtually no torque on any of the wheels in a quartz movement, there fore little reason for the pivot holes to wear. 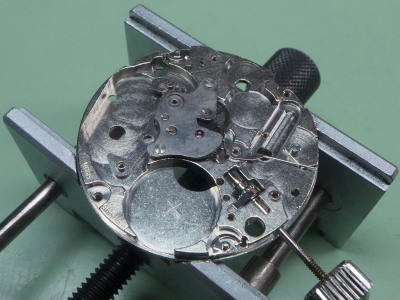 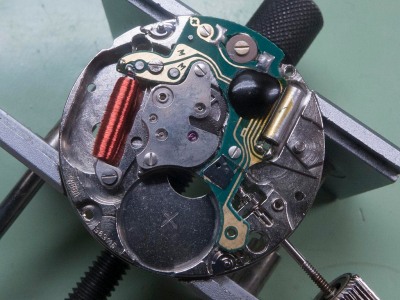 The motion work side was completed and the battery fitted, the movement started ticking straight away which was great. As I suspected it was just the dirt that kept stopping the watch – or was it? 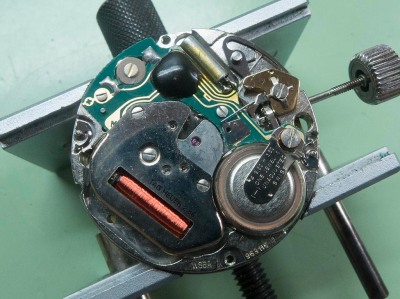 The battery was removed whilst the calendar side was reassembled. Another point to make is here’s one of the reasons why you should always wear finger cots when working on watch movements. All it takes is a stray finger print to start corroding components, here’s where someone has handled the date ring in the past, imagine if that was a dial or hand! 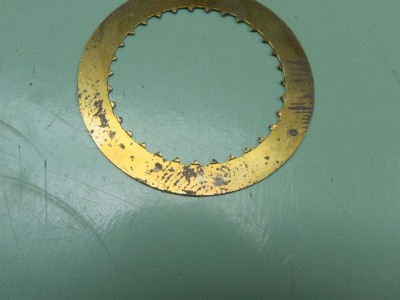 The dial and handset were refitted ready for recasing. 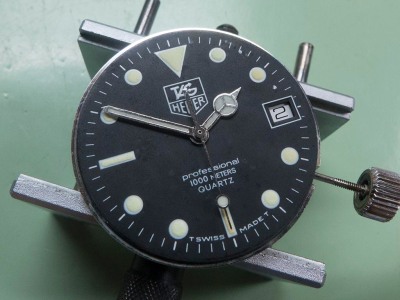 It was recased and the watch put on test. This was where it got interesting as when I checked it a couple of hours later it was twenty minutes slow, obviously I’d missed something. With the movement removed I inspected the motion work closely for a stray piece of debris or lint that may have entered before it was recased, but it all looked spotless. However the excess movement on the train bridge was now bothering me, a possible cause of the movement stopping maybe? 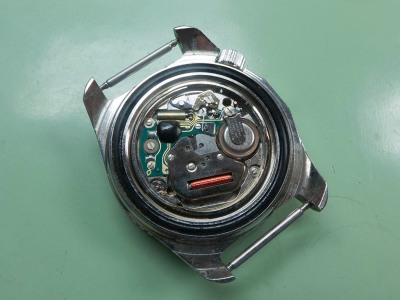 Fortunately I had an old movement plate and wheel train in the parts drawer, so I checked the bridge on it and it looked a lot better than the one that was fitted so it was cleaned and swapped.

There was a lot less movement on the pivots now but it still kept stopping every now and then. I suspected the coil may not be delivering a healthy jolt to the rotor but when checked with my multimeter it was giving a reading in the healthy range. I was scratching my head now, so I decided to substitute the train components one by one even though under inspection all the original pivots looked fine.  This method should be able to pinpoint the issue to a particular component. I swapped the rotor first. 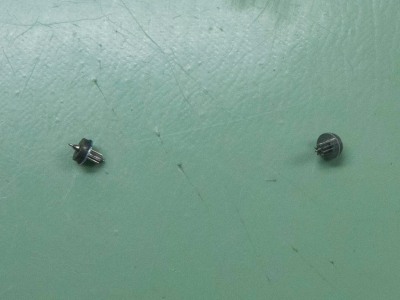 No change though, it still stopped. I replaced the original and tried the replacement intermediate wheel. 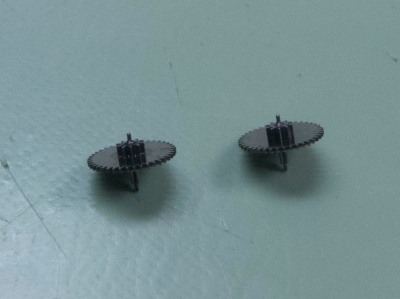 No change there. The original was refitted and I changed the centre wheel. 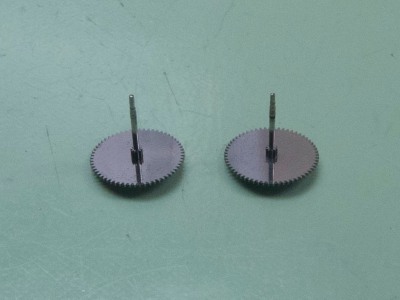 Success! The watch appeared to be running smoothly now so the new centre wheel was used. When I examined the original I saw a tiny amount of corrosion part way down the pinion, as unlikely as it seemed I figured that was just enough to to jam in the tube every now and then. I removed the centre wheel once more and cleaned the inside of the pipe just to be sure there was nothing in there causing any issues then rebuilt the watch. Once more it went on test but the next day it had stopped again! I could see the hand twitching so it was obviously getting a pulse, however it wouldn’t advance. There was only one other thing to try now and that was replace the whole mainplate, even though the bottom pivots didn’t seem anywhere near as loose as the top ones did. 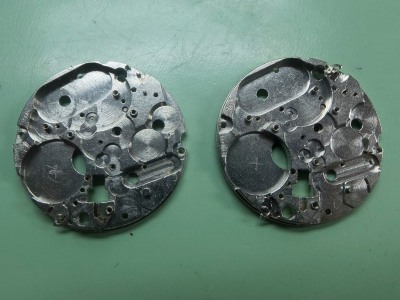 The donor mainplate was cleaned, the watch was stripped once more and all the parts were reassembled. Again! 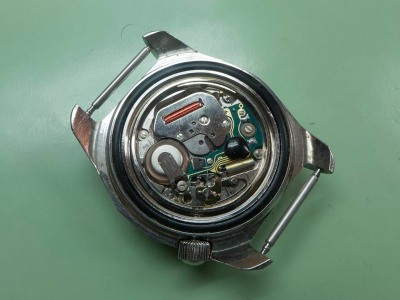 Once more the watch was put on test. I went to check it first thing the next morning and success, the watch was running fine and has been ticking away merrily ever since. The bushes for the pinions must have been worn just enough to prevent correct meshing of the gears allowing it to lock up every now and then. This is an unusual problem in as much as you don’t normally see pivot bushes wear dramatically in quartz movements, but it just goes to show how methodical you have to be to bottom out these faults. The watch looks a lot better now after all this faffing about! 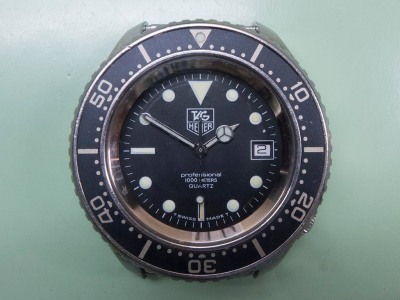 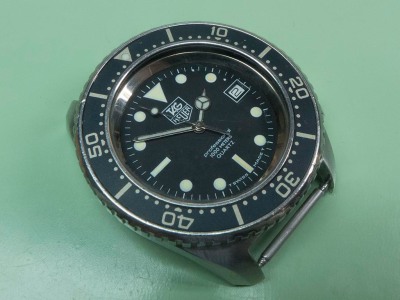 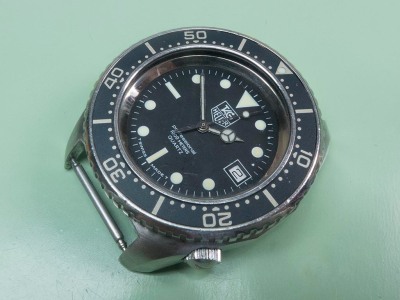