One of the reasons I enjoy working on Rolex watches is the fact that in most cases inexperienced hands haven’t been inside trying to adjust or regulate due to a couple of factors. The first is the caseback design which needs the correct sized die to allow it to be opened, it can’t be achieved with a £2.99 pair of needle nosed pliers like a lot of traditional casebacks.  Secondly, once inside you then need a microstella adjusting tool to actually adjust the rate of the watch, there’s no regulating lever to prod back and forth with a blunt implement before slipping off and squashing the hairspring, you wouldn’t believe the amount of times I’ve had watches sent for regulation where this has clearly happened!

A friend of mine sent me this Rolex Explorer II for a check up which has been his daily wearer for the last 10 years or so. He works in engineering in a brewery and there’s been no pampering of this example – it genuinely leads the life of a tool watch. 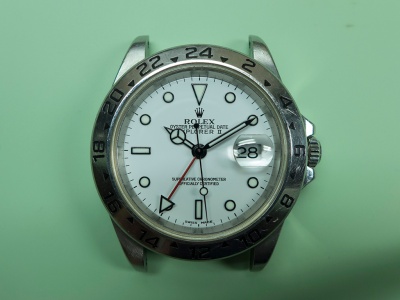 He mentioned it was serviced by Rolex a few years ago but had been gaining time ever since he received it back which meant he had to keep resetting the time every couple of weeks or so as it drifted. He was going to send it back when he first realised the problem but as the service took six weeks he didn’t really fancy being without it for another lengthy period and ended up just living with it. Here’s a view of the famous tamper resistant caseback. 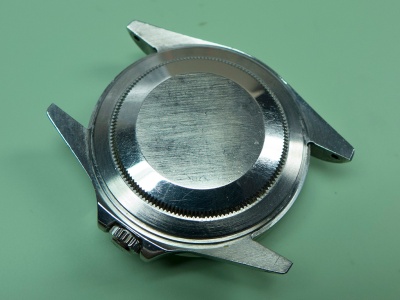 Inside the calibre 3185 movement is on display, fabulously finished with it’s full balance bridge that’s allows for simple and quick adjustment of balance staff end shake – a brilliant feature in my opinion! 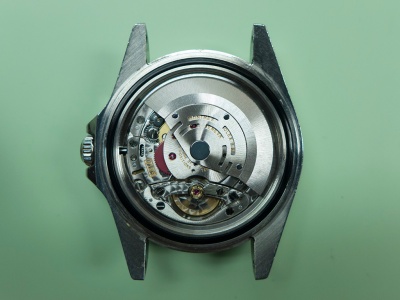 The watch was put on the timing machine and it had a beautifully steady trace with a healthy amplitude so it wasn’t in need of a service just yet, however it was gaining about 17 seconds a day which needed addressing. The adjustment of the rate isn’t achieved by moving a regulating lever to effectively shorten or lengthen the hairspring as in the majority of modern watches. In the Rolex adjustment is carried out by moving small weighted screws on the periphery of the balance wheel, this is Rolex’s microstella method. As you can see from the picture there are two different lengths of screw, a short pair and a long pair placed opposite each other on the inside diameter of the balance. 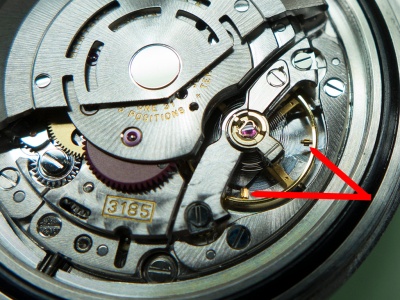 To adjust them you need a tool like this. It has a miniature torx type wrench on the far end with a weighted pointer indicating against a graduated scale on the circumference of the plastic housing. 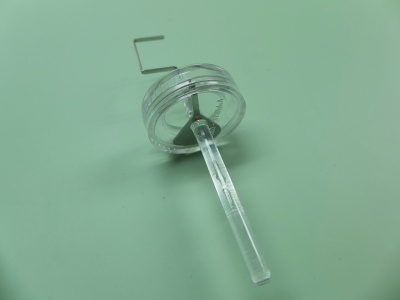 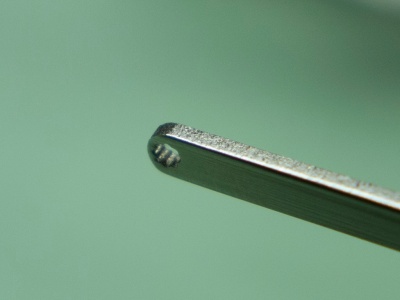 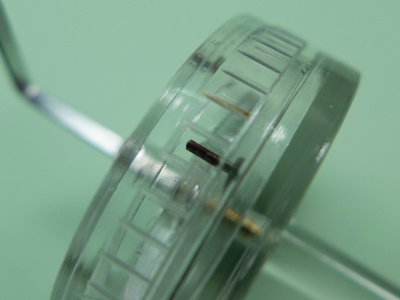 The wrench is fitted on the screw and if turned clockwise will increase the rate (make it run faster), if turned anticlockwise it will decrease the rate. One division of the scale on the tool is equal to one second per day on the small screw or two seconds per day on the large screw, and of course always adjust in pairs so’s not to affect the poise of the balance wheel – unless that needs correcting of course but I’ll keep that for another post. 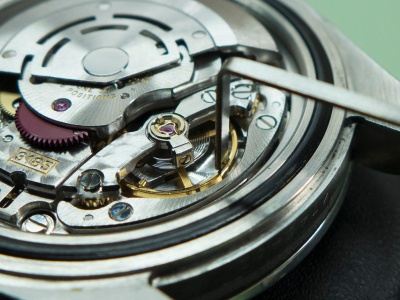 After a session of adjustment it’s now running at 0 seconds per day so it was closed back up and left on test. 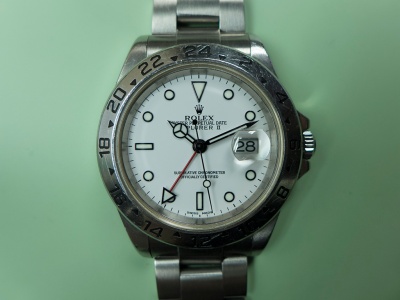 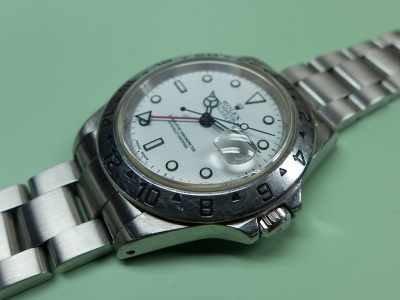 It’s always great to see these so called tool watches being used as intended!