Seikos shrouded diver line started way back in in 1975 with the introduction of the Seiko 6159-7010 Professional. This watch came into being due to Seiko seeking to find a solution to the complaints from professional divers about watch failures at depth. Although the Japanese are famous for taking a design and applying their interpretation to it, the shrouded diver owed nothing to anyone, it was a truly unique design. It included several industry firsts, the first titanium case, the L-shaped single crystal gasket and of course the ceramic-coated titanium shroud. With a 600m depth rating, the 6159 dispenses with a helium release valve in part due to very consistent and tight manufacturing tolerances, but also due to the one piece case and screw down crystal retaining system. This means that the crystal cant blow out as atmospheric pressure drops in a decompression chamber as it’s physically restrained by a locking ring. It’s not hard to see how this watch earned the nickname ‘Tuna can”! The watch featured is a very early production 300m 7549-7010 from March 1978 and was released simultaneously with the 600m 7549-7009 ‘Professional’ titanium divers line. These were the first quartz divers to be seen from Seiko. This one came in for a movement service and a crystal change as it had acquired a non standard AR coated one at some point. Excuse all the reflections but these are buggers to photograph on the bench because of the domed crystal! 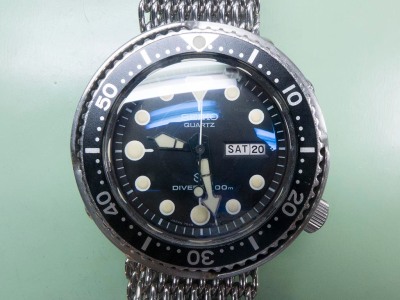 The 300m divers utilise a two piece case (unlike the 600m line) and there’s quite a bit of information on the caseback. As well as the production date there is a ring of years around the perimeter of the caseback. This was designed to indicate when the first battery change was due so you could address it in plenty of time without the risk of the watch stopping during a dive. You can see on this one there is a dot stamped in the third quarter area of 1980 (before the 81). The batteries were rated for 3 years so with a production date of March 1978 you had six months warning of when the battery should need changing – no excuses! 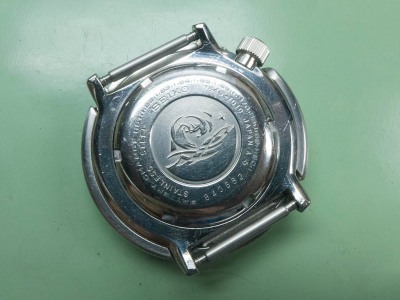 A shot of the shroud removed in preparation for undoing the caseback.

With the back off we can see the calibre 7549a movement which was developed from the 6309 platform. 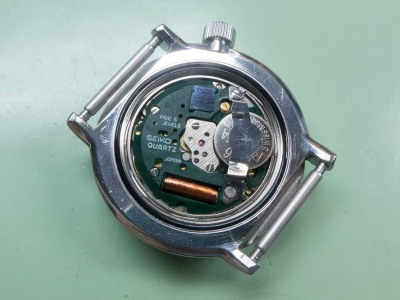 One of the most common faults with these movements that will actually stop the watch (and the 7546/8 ones) is a dead coil, and these coils tend to be killed at battery change time. This happens when a screwdriver slips out of the bottom screw nearest to the coil and punctures it severing the fine wire thats wrapped around the armature. The best method to undo the battery clip is to fully undo the screw farthest away from the coil then the clip just swings out of the way allowing the battery to be replaced, there’s really no need to undo the other one!

You will not see a nicer example of dial and handset than this one, both have turned a beautiful creamy colour and both are amazingly preserved. The hands in particular do tend to suffer from corrosion on these tunas.

Underneath the dial this could be a 6309 if it weren’t for the wider canon pinion and hour wheel.

Under the day ring the similarities to the 6309 are remarkable. 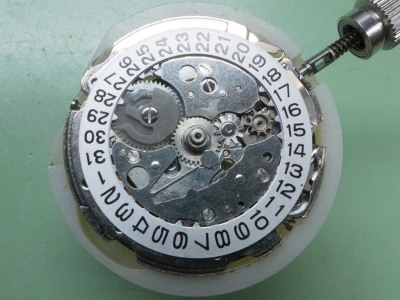 It’s only when the calendar side is stripped the differences are seen.

Turning the movement over work can start on the circuit side.

With the circuit block removed you can see the coil, hacking lever and top bridge.

A bit farther in and the train’s exposed.

The movement was soon fully stripped ready for a trip through the cleaning machine. 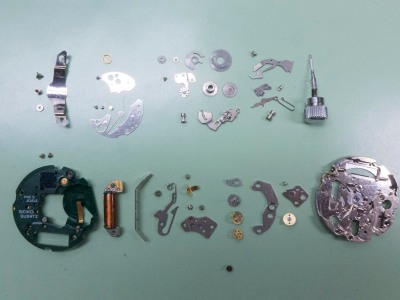 Whilst the movement was in the cleaner I turned my attention to the crystal, you can see the AR properties by the blue reflections it gives.

The crystal is now removed, in this shot I’ve laid out the components in order, the case, the chapter ring, the gasket support ring, the gasket, the crystal, the anti friction ring and finally the locking ring.

As well as having an AR coating the existing crystal has a polished bevel, this is incorrect for a tuna crystal as it should be frosted. 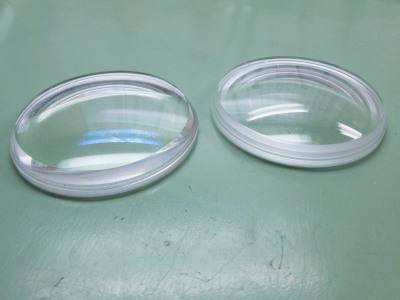 The replacement crystal is fitted and the case rebuilt.

Work starts on reassembling the movement as the inspection revealed no problems.

In this shot the circuit side is complete and the watch ticks once more! 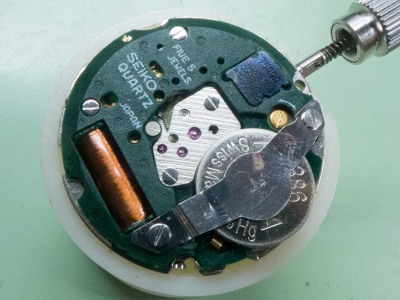 The calendar side is tackled next.

The dial and handset are replaced now.

The movement is recased ready for trimming. 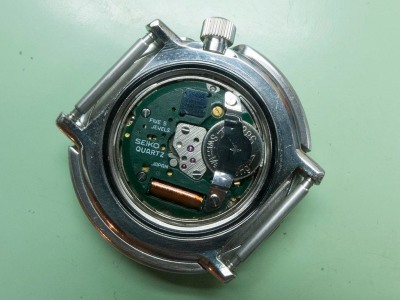 There is a small screw next to the black circuit chip, this is used to adjust or ‘trim’ the quartz oscillator.

You do need a quartz tester to be able to do this trimming of course, so here’s the latest addition to the workshop a 1980’s vintage Seiko QT77 (QT = Quartz Tester). When the watch was placed on the pickup it was running at -0.25 seconds per day. 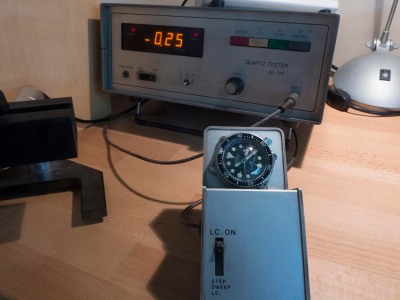 A few careful adjustments later and we have it running at +.01 seconds per day, or to put it another way + 1 second in just over three months, not too shabby! Of course this is theoretical, the 7549 quartz module isn’t temperature compensated and it will fluctuate slightly as it heats up and cools down. 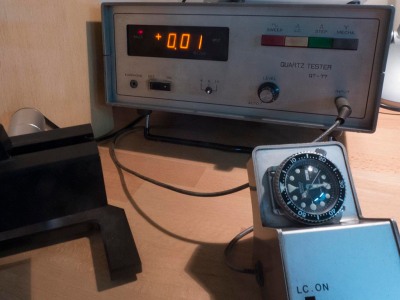 Time for a quick pressure test to 6bar. This is ample for most peoples needs and comes as standard with a service on a dive watch where gaskets are readily available. I do have equipment capable of testing to 300bar, or 400 with a couple of ancillary clamps, but to test to anything over 6bar does incur an extra charge as I have to break out the hydrostatic equipment!

And that concludes todays feature! The 7459-7010 is a beautiful vintage tuna can watch, in fact I rate them so highly I have one in my own collection. 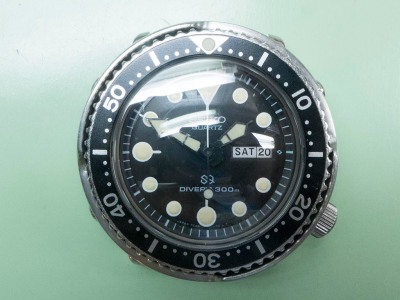 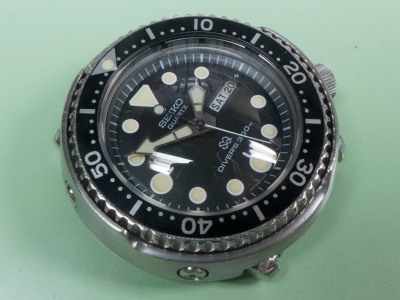