I’ve featured one of these Scubapro 450 branded 6306’s before but that won’t stop me featuring another! These are so scarce (if you discount the thousands of fake dialled 6309’s you see) that it’s always nice to have a look at the genuine article. This one came in for a movement service recently and as you can see it’s in cracking condition.

The caseback shows it has a production date of October 1978, bang in the middle of the sweet spot for verified Scubapro production.

Once I’d uncased the movement it gave me an opportunity to marvel at how these dials and handsets seem to survive the intervening years with little or no degradation. 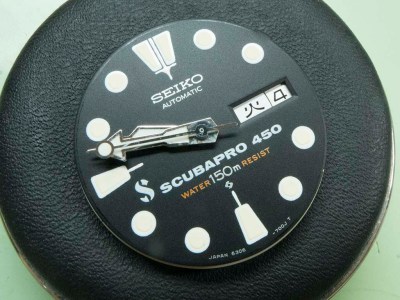 The dial side strip under way…. 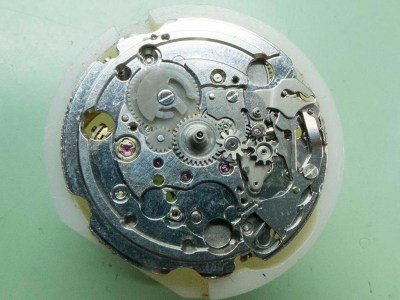 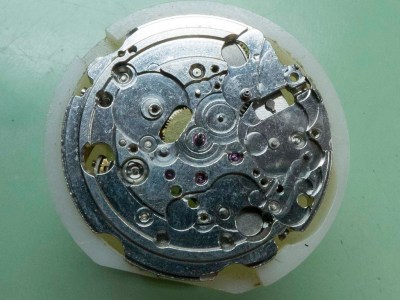 I could now turn it over and crack on with the motion work, the autowind mechanism is removed in this shot. 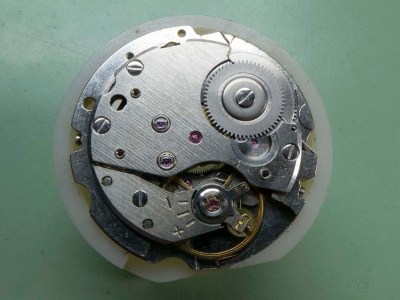 Power off, balance and pallets out….

….train bridge off and….

….it was soon ready for cleaning and inspection.

Whilst the movement was cleaning the seals were checked, I found the crown seal was kerknackered. Note the big spline crown, typical of the early 6306’s. 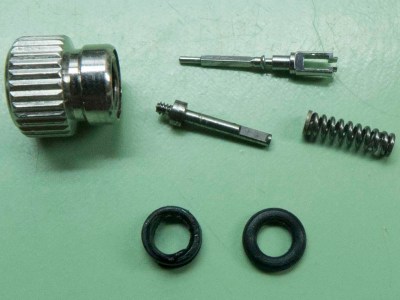 Once the cleaning was finished inspection showed everything was in great shape, so the rebuild started with the mainspring.

In this shot the motion work is coming together nicely.

With the bridge and balance back on the power could be wound on and the movement roughly adjusted and timed. 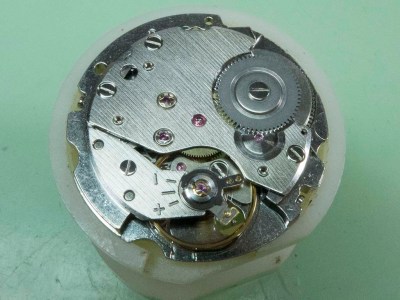 I then turned it over and started on the calendar side, here the keyless work is refitted and lubed.

Almost ready for the dial, just the top cover and day disc to go back on.

I could then refit the dial and hands. Beautiful.

Recase the movement and re-assemble the crown with it’s new seal, then it’s ready for….

Needless to say it passed this successfully.

All too soon it was done, another beautiful example of this seldom seen diver good for a few more years. I have to say that during testing it was super accurate, especially for a 6306/9. After the final adjustment it settled at +2spd measured over four days! 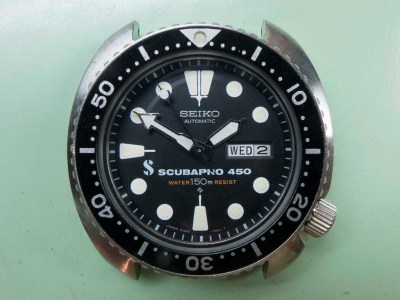 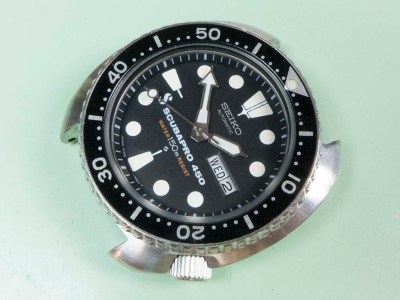 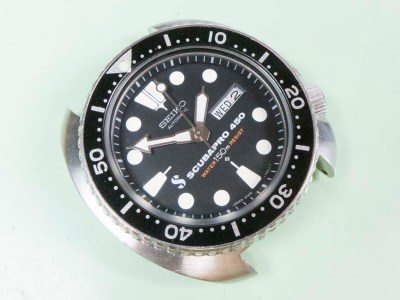