One of the more unusual jobs that came in at the end of last year was this Omega Seamaster chronograph. The Seamaster chronograph is a lot less common than the Speedmaster chronograph or moonwatch as it’s become known. This example is from 1968 and as such would be classified as a pre moon watch if it were a Speedmaster. It’s powered by Omegas calibre 861, cam operated, three register chronograph movement. The watch itself is in lovely condition and just needed a service carried out to get it functioning as it should do.

The ever present hippocampus logo is on the screwdown caseback.

And with the caseback removed the lovely copper plated 861 movement can be seen. In the main there are two different approaches that various manufacturers use to the way the chronograph functions are started, stopped and reset. Firstly by using a column wheel which alternately blocks the reset function when the chronograph is running, or as in the case of the calibre 861 a cam arrangement can be utilised to prevent resetting whilst running. You can see the cam in the picture below at the four o’clock position in line with the chronograph driving wheel and the coupling wheel. Both approaches have advantages and disadvantages but at the end of the day both perform the same task. 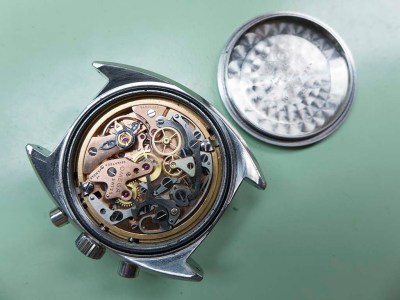 Once I’d taken out the movement I lined up the hands ready for removal.

Underneath the dial is the hour recording gubbins and the keyless work. Again I’ve covered the 861 a number of times so the strip down will be in pictorial mode 🙂 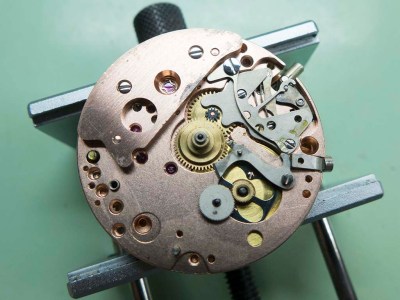 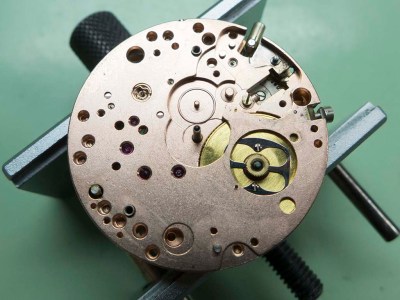 With the dial side done and the movement turned over you can see the beautiful lever work the 861 utilises. 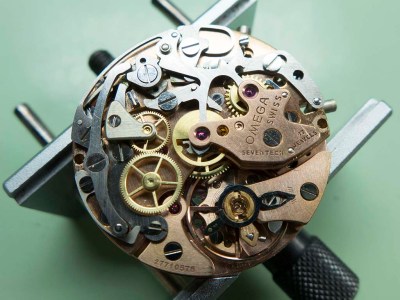 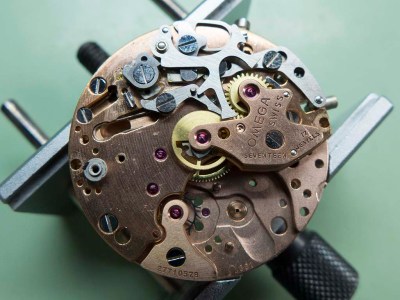 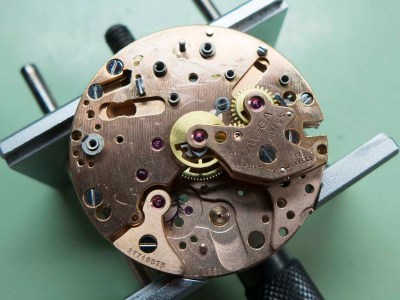 The movement in component form ready for cleaning and inspection.

After inspection the rebuild started with the mainspring.

The wheel train back in place, once the top plate is fitted then the movement is turned over so the barrel bottom bearing can be fitted along with the keyless work. This allows power to be wound on and the timing adjustments made.

Once I’d got to this stage I noticed the hour hand had a little of it’s black infill missing so I repaired it with some enamel before refitting.

What a cracking dial and handset 🙂

Another nice touch with this job was that the owner had sourced a NOS case, crystal, pusher and caseback assembly. There wasn’t too much wrong with the old one but the lines are so much sharper on the NOS case. 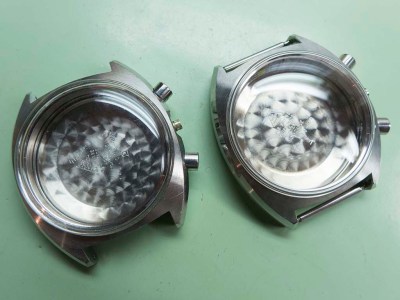 The movement rehoused again, I never tire of seeing these cal 861’s back in their cases – beautiful! 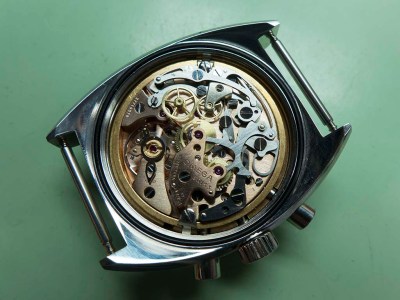 With the caseback re-fitted the job’s complete so here’s a few shots of that NOS case. Look at the contrast between the polished sides and the graining culminating in those sharp lines. 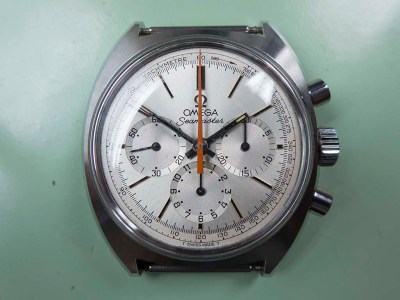 And a NOS hippocampus of course. Another watch I’d love to own 🙂