Hamilton began manufacturing and selling watches in Lancaster Pennsylvania back in 1892 when it bought the Keystone watch company which was facing bankruptcy. The company was named after James Hamilton, the owner of a vast amount of land (including what is now the city of Lancaster) that had been granted to him by William Penn, an English settler, Quaker and real estate developer who founded the province of Pennsylvania. The Milton featured here was manufactured when Hamilton was a watchmaking powerhouse in America producing 100% American made watches, but by 1966 Hamilton had acquired the Swiss watch manufacturer Buren and began utilising Swiss movements in production. Fast forward to today and Hamilton watches are still being manufactured, but now as a brand name of Swatch Group, the huge Swiss watch manufacturing company.

This particular Milton which was manufactured in the late 1940’s came in for a movement service and a bit of a spruce up. 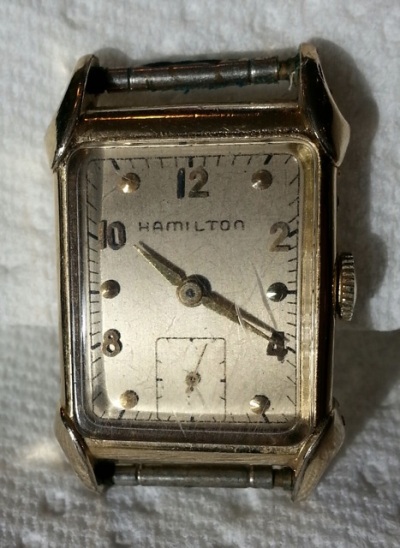